Halloween in Ireland is just like celebrating Halloween in the United States. Since moving to Ireland, I have learned a lot about the history of Halloween and even that it started in Ireland. Halloween is a really big celebration in Ireland. The entire country turns orange and black for the big day.

Samahin was an ancient Irish festival that celebrated the end of summer and the beginning of winter. At Samhain, the dead returned to the mortal world so large bonfires were lit to scare off evil spirits. People would wear scary masks to frighten the demons.

The costumes in Ireland are usually very scary and full of detail. Some of the most common costumes are grim reapers, zombies, werewolves and witches. I usually choose to be a superhero for Halloween which is not common in Ireland.

Trick or treating is the same in Ireland as in the United States. The only difference is the type of treats that people give to trick or treaters. Most of the houses give candy to the kids that come to their house but a few of the houses in our neighborhood give us apples, home baked goods and crisps.

There are several traditions that the Irish do to celebrate Halloween such as haunted walks and ghost tours. One tradition that is really different to me are the fireworks. Just like July 4th in the United States, you will hear and see fireworks, sparklers and bangers.

The ancient tradition of bonfires has carried over to today. Bonfires are lit and burned all over the country on Halloween. Now there are controlled bonfires at specific locations so that people can celebrate and be safe.

I have even learned that carving and decorating jack-o-lanterns started in Ireland with turnips and potatoes. The Irish would carve scary faces in the vegetables to scare unwelcome guests. The name jack-o-lantern comes from an Irish folktale about a man named Stingy Jack.

On Halloween, people all over the island will eat barmback which is a fruitcake with hidden items such as coins and rings. The items actually tell fortunes.

My favorite Irish tradition is mid-term break. All the schools get a week off the last week in October. It’s like Thanksgiving break but it’s in October.

Halloween in Ireland is a lot of fun. It is a huge celebration with family and friends. Take away the fireworks and I absolutely love it.

Did you know that celebrating Halloween was brought to America by Irish famine immigrants in the 1840s? Please share in the comments any fun fact you learned in this post.

10 thoughts on “Celebrating Halloween in Ireland” 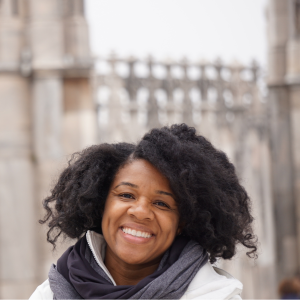